Every Child, Every Way, Every Day 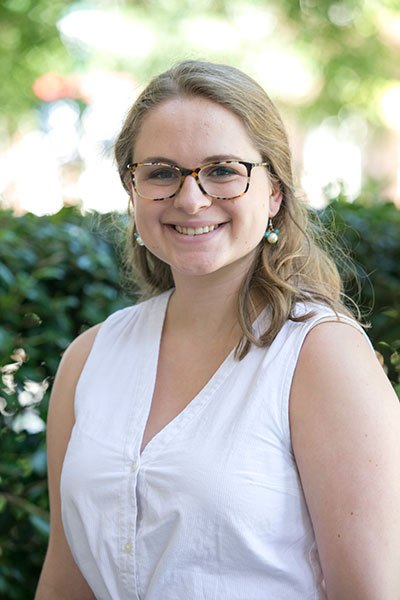 Mrs. Ford is delighted to be on faculty at Norwood Elementary School as the general music and strings teacher! She began taking violin lessons at the age of 4 and has been heavily involved in music ever since.

Recently graduated from Samford University, Mrs. Ford recieved a Bachelor of Music Education with a concentration in Instrumental Music. While in school, Mrs. Ford was involved with many musical associations as the president, including the National Association of Music Education and Delta Omicron International Music Fraternity. She also performed with the Samford University Orchestra department in concerts and shows put on through the opera and musical theater departments. During the summers, Mrs. Ford completed two levels of Orff Method Certification, which is a methodology for teaching elementary music.  Mrs. Ford is proud to be an alumna from such a fine university and arts department! Go Bulldogs!

Professionally, Mrs. Ford has been involved with many events in the Birmingham area. She regularly plays with the Gadsden Symphony and many area churches and organizations. She teaches private violin lessons through Samford University's Academy of the Arts.

Mrs. Ford continues to be an active member of many music associations, including NAfME, ASTA, MTNA, and AOSA.

Mrs. Ford got married in June 2017 to a fellow Birmingham City music teacher. They have a small, white, fluffy, dog named Edelweiss.

This is the disclaimer text. It should wrap, then the bar will grow in height if more space is needed. The blackboard footer will center if disclaimer is not being used and the background will be one color.
Copyright © 2002-2021 Blackboard, Inc. All rights reserved.