Excellence is the Standard 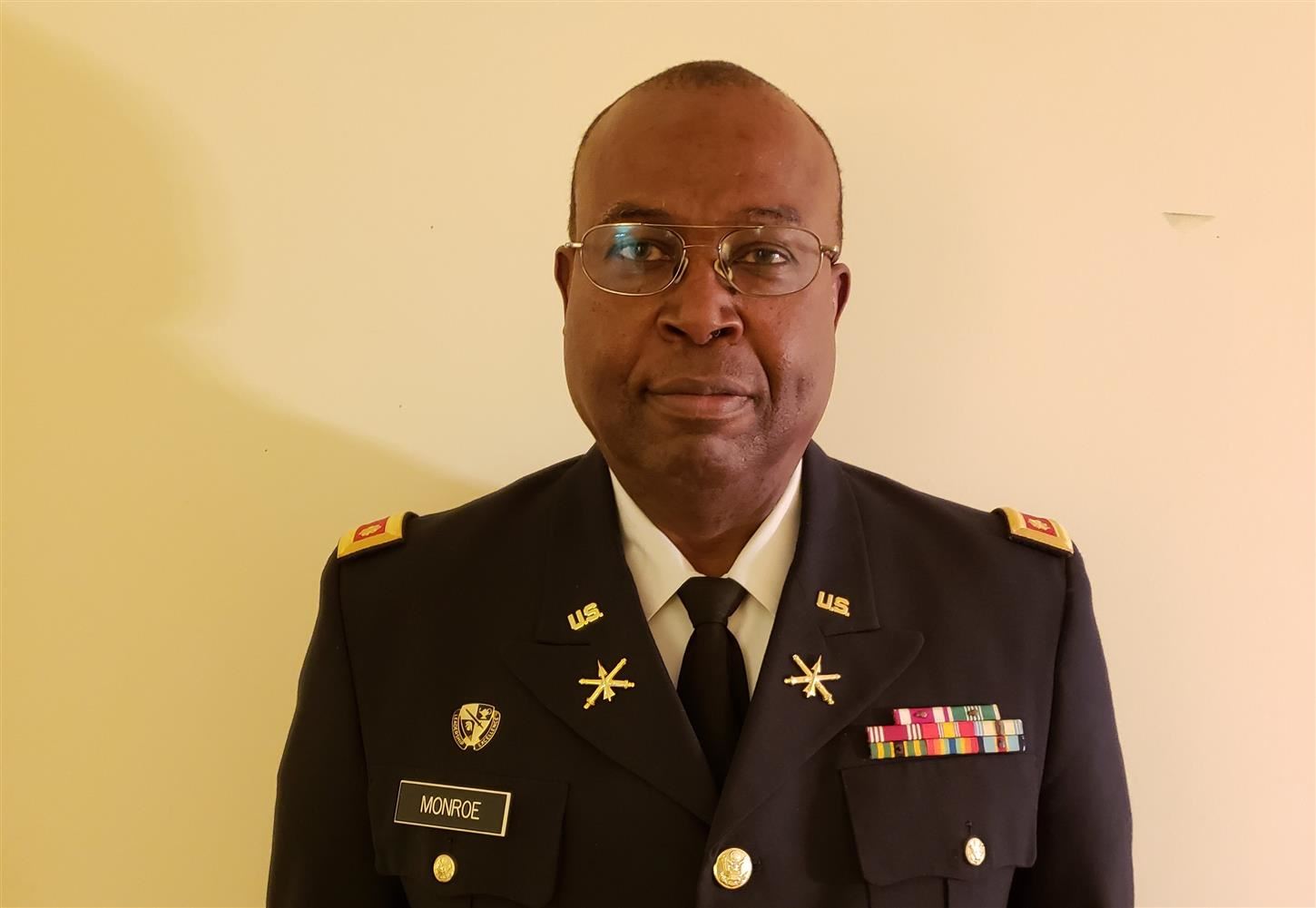 Zoom Codes are posted in Schoology.

Major Glen Monroe currently serves as the Senior Army Instructor at George Washington Carver High School, Birmingham City Schools.  He was also the Senior Army Instructor at the Greene County Career Center.  In 2016 the JROTC program under went the newly revised inspection program named the JROTC Program of Accreditation (JPA).  The JROTC program was accredited by achieving a score of 89.75 on a scale of 100.  He was the advisor for the Greene County Peer Leaders, which is an organization of high school students committed to living an alcohol and drug free life, to making safe and smart decisions, and to seek to take responsibility for creating a more positive school environment through peer intervention. He is the husband of Vera Monroe and father to Terrence, Anya, and Brianna. He served as Senior Army Instructor at Ensley High School, in Birmingham, Alabama before coming to the Greene County School District. He also served as Senior Army Instructor in the Detroit Public School District and was also Deputy Director of Army JROTC in Detroit School District.  He retired from the United States Army in 1995 as a Major in the Air Defense Artillery Corps.  Major (Retired) Glen Monroe served on the staff of the 87th Maneuver Area Command, Hoover, Alabama as an Operations Officer.  Prior to his assignment in Alabama, he was assigned to Cadet Command, Second ROTC Region, Second Brigade as the Brigade Executive Officer at Fort Sheridan, Illinois.  His initial responsibilities were to help establish the brigade headquarters, unite the ROTC and JROTC programs in Wisconsin, Michigan, and upper Illinois under one commander, while providing assistance to ROTC recruiters.  Prior to leaving Germany, he was assigned to the 69th Air Defense Artillery Brigade as an Operations officer.  He was responsible for developing training plans and training support to subordinate units as well as evaluation of subordinate units. One of his assignments in Germany was as Battery Commander of the 3rd Battalion, 60th Air Defense Artillery in Hoenfels, West Germany. ` In the first 90 days of commanding, his unit’s achievements (Inspector’s General Inspection, Allied Forces Command Evaluation, and Annual Service Practice – Live missile firing) were exemplary.  His unit was selected to represent the United States Army Air Defense Artillery Command-Europe in the German-American Air Defense Artillery Competition. The United States previously won the first competition but lost the preceding four years. His unit’s (Charlie Battery 3/60 ADA) victory returned prominence the United States Army Air Defense Command and earned the respect of German and American Air Defense Units throughout Europe.

Search
We weren't able to find anything that matched your search criteria. Please try a new search.
The Birmingham City School System does not discriminate on the basis of sex, race, national origin, color, disability and age, in any of its programs and activities. Compliance with the foregoing notice of nondiscrimination is coordinated by the Chief Human Resources Officer 2015 Park Place North, Birmingham, Alabama 35203, (205) 231-4600.
Copyright © 2002-2022 Blackboard, Inc. All rights reserved.